We are a collective of like-minded and diversely talented artists, exploring the challenging aspects of humanity through theatre, dance, music, vocals and sound.

Bending convention, and the boundaries of artistic practice, to offer audiences unique and explorative experiences.

For over 20 years the company has delivered an extensive body of theatrical works with unique collaborations across genre, disciplines and industry with our work finding its home in both traditional venues and in spaces hurt and abandoned.

The Living Room Theatre is devoted to making poetics works that are beautiful to watch, to experience. Mixing theatre, movement, sound and film with text, the works collect the uneasiness of life and the random acts of cruelty, interweaving characters between life and desire, dreams and blurred reality. The result is an experiential landscape for the audience to visit and define for themselves.

LRT is led by our founder and artistic director Michelle St Anne who identifies herself as a theatrical visual artist as her palette lies in the corridor of several artforms and delights in collaborations across genre, disciplines and industry.

The Living Room Theatre was founded in 2000 and is a DGR/TCC registered not-for-profit organisation.

Please find time to support us. 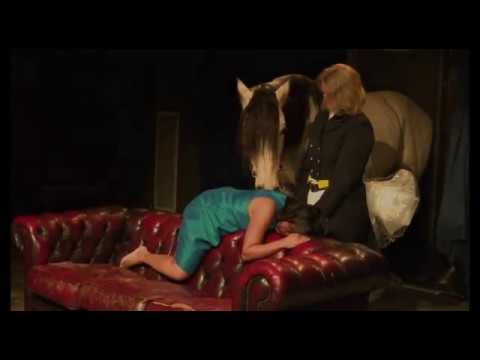 My works sits in the framework of ‘Composed Theatre’ – a philosophical lens which creates fragments of images, sounds, text that organises and reorganises, to evoke a circuitous environment where the viewer enters a constructed reality.

I manipulate time spaces at the junction of dream logic. I look to destabilise the real and the unreal worlds by bringing together contradictory artforms, media and seemingly disparate collaborators (and a couple of my beloved horses).

My early investigation into the compositional structures of orchestral music led me to ‘Composed Theatre’ – the result is a coded world of theatrical scores rather than scripts.

I ask the performers to play with the relationship with themselves in the topography of space, in time, in rhythm

Obsessed with the state of suffering, I am drawn to work in spaces that feel hurt, bruised, violated. My themes of female desire, the universal desire for something better and the suffering of everyday life. Within these states we find beauty. The private celebrations distilled yet unsettled. There is always something that isn’t quite right.

My work is not about the straight narrative, nor about the theatrical arc but rather what is heart driven, illogical with the narrative meted out through image, light, sound and language.

…how do you go about teaching them something new? By mixing what they know with what they don’t know. Then, when they see vaguely, something that they think they recognise, they think ‘Ah, I know that.’ And then it’s just one more step to ‘Ah, I know the whole thing.’ And their mind thrusts forward into the unknown.
– Pablo Picasso, 1964

The Living Room Theatre Board

Shortlisted
Earth Hour Awards: She only cries at night