Researcher for They come for them at night

Luke Craven, PhD candidate at the University of Sydney, chats to Elizabeth McArthur about his research into climate change and migration.

Luke’s work has inspired The Living Room Theatre’s They Come for Them at Night, coming this June, and he was a part of the creative development performance at Eramboo Artist Environment last November. They Come for Them at Night will be the fourth and final piece in the Night Series, all of which are inspired by research undertaken at the Sydney Environment Institute.

Find out why Luke surrendered his research to artistic interpretation, how his work has been brought to life through sound and image and what he hopes audience’s take away from They Come for Them at Night.

1. Why were you drawn to this area of research in the first place?

I’ve long been interested in migrants and migration, being a migrant myself – moving from place to place, and then to Australia to study. It’s just part of the formula of who I am, and I’m drawn to the exploration of the migrant experience and its many faces. Ending up doing working in the Pacific and, in particular, in Vanuatu was largely the product of circumstance. Unexpected conversations lead to the booking of tickets and I found myself in a community that was hugely engaged in the questions I was asking – which, in many ways, were questions they were asking too.

2. What can you tell us about your role in They Come for Them at Night?

For the performance itself, I largely did what I was told! Having known Michelle St Anne for a long time now, I knew I was in capable hands. We had been planning the work for a number of months, jumping from conversation to conversation, flicking emails back and forward. At its simplest, my job was to provide the background information that Michelle needed to produce something that would engage audiences in the story we want to tell.

3. What’s your experience been like so far collaborating with artists?

To a large extent, much of my research is collaborative, as I often find myself working with other groups, whether they are social scientists, local communities, non-government organisations, or policy makers. Creativity and innovation are fuelled by collaboration, so its something to strive toward irrespective of what form it takes in practice. From an impact-perspective, the more people that are involved in a project, the greater the visibility – so that doesn’t hurt either!

4. How have you found surrendering your research to interpretation? Has there been anything about the process that you’ve found particularly challenging?

It is exceptionally heartening to see Michelle say things with form and sound and sense that I had trouble putting into words. At the same time, relinquishing control is hard, particularly as the trajectory of Michelle’s work often defies prediction. That’s a learning curve, but an exciting one. More than anything it has forced me to consider how to make my research accessible beyond journal articles and complicated jargon. And perhaps sometimes the artistic form reveals truths that academic research cannot.

5. In your mind what are the benefits of interpreting research through art?

At its core, doing research is about having conversations. Interpreting research through art amplifies those conversations in a way that is both unique and exciting. Partnering with Michelle is a key part of my personal push to facilitate the dissemination of research findings beyond the academic environment – to contribute to larger conversations between academics, artists and the public about the vulnerabilities we face as a community. As a political scientist, I’m also motivated about the prospect of witnessing politics through the arts, thus expanding the range of what political science normally does.

6. What do you hope audiences take away from They Come for Them at Night?

Looking back, at its core the work explored sea level rise in the Pacific and the impact these rises will have on family, food and memory. More than anything, it is my hope that the performance creates an insight into the fragility of our own safety and the humanity we find in times of great threat. Michelle and I are both fascinated by the concept of the ‘left-behind’ in this narrative. The work is a humble plea that the ‘left-behind’ should not be forgotten. They face unique struggles as the world around them moves away from food insecurity to institutional decline to profound sadness. As it continues to develop, it is these realities the work hopes to capture.

7. What was the most powerful moment in the creative development showing for you? Was there anything about MSA’s work that surprised you?

Even in the planning stages, it’s hard to visualize what the finished product will look like. Seeing my work in sound and image was confronting enough, but having work performed by young girls was a powerful way to truly understand the vulnerability of humans as we face climate change. Michelle is exceptionally good at invoking the visceral, and, even though I know the research so well, seeing the performance forced me to see it from a new perspective. 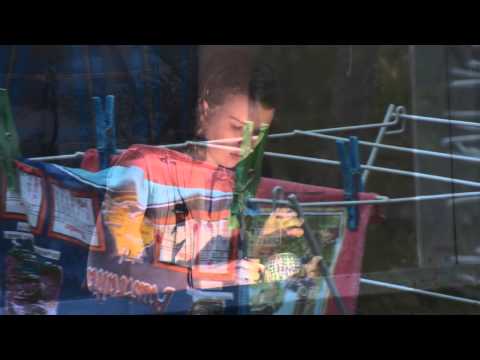